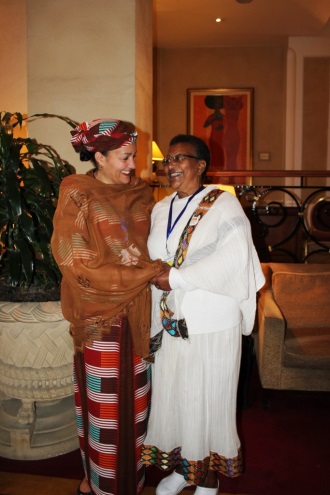 As you will know, the process to agree the Sustainable Development Goals and framework at the United Nations in New York is continuing apace. We are now less than two months away from the critical meeting of the General Assembly that will set global developmental and climate change priorities for the next 15 years.

I am therefore delighted to share with you the news that our joint efforts across the globe have resulted in ageing being firmly embedded in the draft of the framework. Directly or indirectly, age and/or age related targets are in 9 of the 17 proposed goals of the current draft framework. The Stakeholder Group on Ageing has a seat at the table alongside other major groups in the negotiations and, in just the last few weeks, age has been inserted in two critical places in the draft of the outcome document thanks to lobbying by the network, the HelpAge International secretariat and our partners in New York.

Last week was another crucial milestone as governments met in Addis for the third Financing for Development Conference where older people were represented by a delegation from HelpAge affiliate in Ethiopia, EEPNA, and the HelpAge national office in Ethiopia. We were delighted that during the conference, older activists were able to meet with both UN Secretary General Ban Ki Moon and his Special Advisor on post 2015, Dr Amina Mohammed. This really is testament to the work of the whole network to raise the profile of older people.

We were pleased to secure an explicit reference to older people within the commitment to social protection, and also see commitments to investment in better and more data. I know that many network partners and older activists have been working with their governments ahead of the conference and played an important role in the visibility of older people in the outcome document.

There is still plenty to influence however, particularly as the process shifts from the global to regional and national level. We have prepared the attached briefing to lay out the process so far and the opportunities that exist for affiliates to get involved in influencing this crucial process.

With best wishes, and very many thanks to all of you who are working so hard towards this exciting outcome.