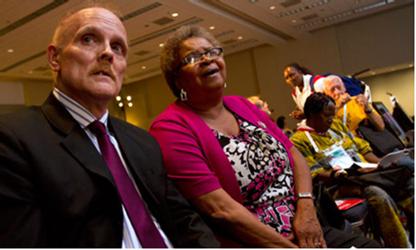 HIV survivors: alive, but facing poverty, loneliness and prejudice
Thousands heading into an old age they did not think they would see, having given up jobs expecting to die young.
Sarah Boseley in Washington
guardian.co.uk, Friday 27 July 2012 14.02 EDT